Skip to content
We started off our morning waking up around 6 a.m to get the day started. We stopped by 7/11 to grab some water and some snacks but we ended up buying some cool snacks. (By the way, their 7/11 is 200% times better than the ones in the U.S…its worth the stop every time)
We arrived in Tokyo at night so this is my first time experiencing the city in the daytime. There was some left over snow on the ground and definitely a lot of trash bags out on the street. I guess it was trash day. We walked to the Shibuya Crossing, which was about a 10-minute walk from our Airbnb. We took some photos around Shibuya before hopping on the train. Their transportation system was pretty amazing! It was very crowded and being that we don’t speak any Japanese (Google Translator was our best friend), we were pretty slow at figuring out what to do and how to get on the right train. We all looked lost. Luckily, some of the people that work on the ticket booths speak a bit of English.
Our first stop was Harajuku, which was about a 10-minute train ride from the Shibuya station. We explored some stores but we still haven’t had breakfast so that was our next task. Find breakfast… at least not sushi or ramen.
The restaurant we picked was an Americanized-Hawaiian inspired spot and it was pretty good. We had pancakes with over-the-top toppings, loco mocos, and other typical American breakfast. After venturing around Harajuku, we went to the Meiji Jingu Shrine where they had rows of sake wrapped in straw barrels. Even though it was sunny, the weather felt like it was around 30° and snow was still present. We stopped by Supreme, Undefeated, Atmos, a couple other streetwear stores and sneaker boutiques right after the shrine. 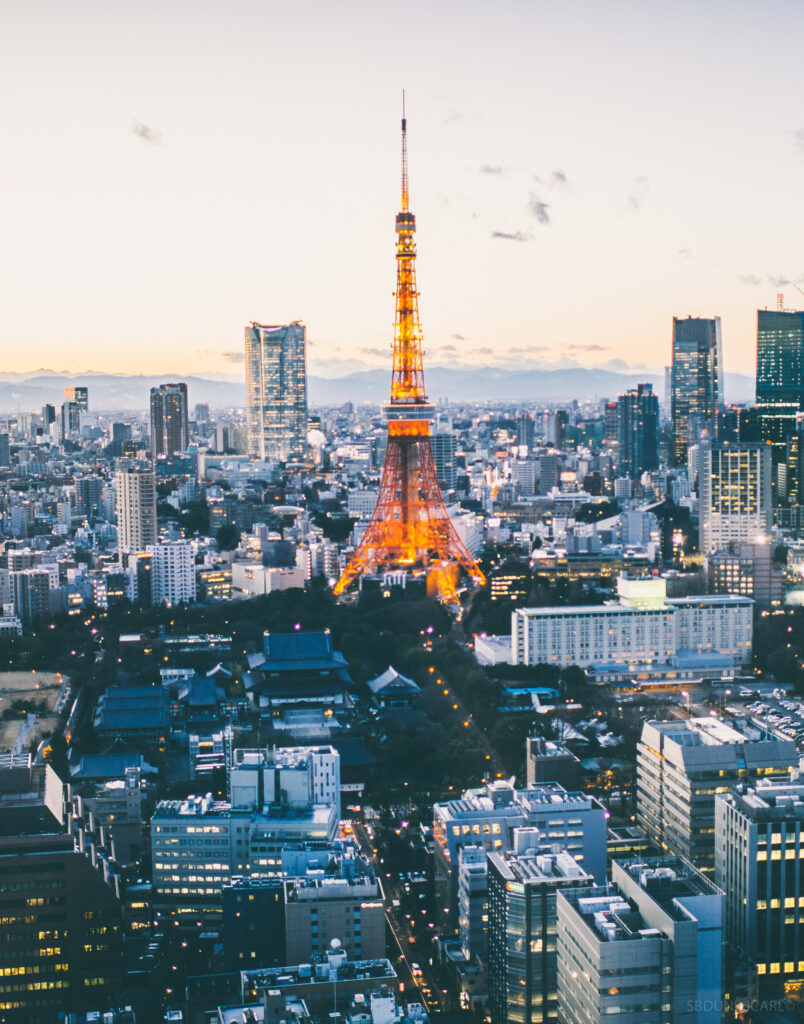 After checking out overpriced sneakers and street wear, we decided to go to the World Trade Center Observatory Deck for sunset. It would probably cost you no more than $7 (620 yen) to get in. It was a beautiful view of the city. We at least spent over an hour just looking at the view and taking pictures. We ended our night checking out the Gundam statue in Tokyo’s Odaiba district and grabbing some Krispy Kreme donuts inside the mall.
P.S The donuts in Japan need some improvement.